From Galactic Crucibles
Jump to navigation Jump to search 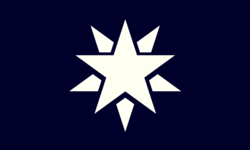 The flag of the Galactic Senate

The Galactic Senate (also known as the Second Galactic Senate) was one of the major governing bodies of the Crucible Galaxy. Modified from the Imperial Alliance, the Galactic Senate was overhauled to be a government that could resolve disputes between civilizations all across the galaxy. While being influenced heavily from the Union of Eteno Socialist States and the Karalian Empire, a more neutral location of Domum Regimen was chosen as the main headquarters.

Secondary members joined after the Senate was initially founded.

Each member had at least one senator to represent their faction.